Every time there is a school shooting or some sort of violence perpetuated by teens, you can count on the fact that people will be trotting out the old tropes: it’s the violent video games! it’s the violent music! it’s the violent movies/TV shows! None of these people have apparently read their Aristotle, who observed well over 2000 years ago that tragedy has a cathartic effect, meaning it raises our emotions in a safe play space in order for us to better control them. Indeed, research into the effects of violent video games, music, movies, and TV shows have shown over and over that the viewers and players are less violent. The more video games have proliferated, the less violent our culture has become. 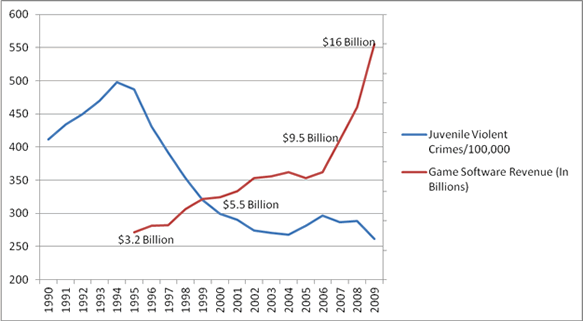 Given the fact that people continue to ignore the facts and still blame violent video games, etc. for instances of cultural violence, we shouldn’t be surprised that someone has come up with the theory that American literature is to blame for the incel violence that occurred in Canada. The problem is that if Aristotle and literally all scientific research into these sorts of things is true, American literature by dealing with male frustrated sexual desires has actually prevented incel violence throughout the decades. (An “incel” by the way, is someone who is “involuntarily celibate,” and can be either male or female.)

I should perhaps point out that I have myself participated in the proliferation of this theme in American literature with my own novella, Hear the Screams of the Butterfly. But I would make this argument regardless of the theme. Do novels about serial killers create serial killers? Of course not. What literature does is, by putting you in the shoes of another, it allows you to empathize with the characters.

As the evidence rolls in that literature has an effect on an individual’s moral development simply through the act of reading, we need to remind ourselves that literature also has a content, and authors, and that one cannot escape the fact that each contribute a moral element as well.

While it is true that just the act of reading literature makes us more empathetic, improves our theory of mind, and complexifies our minds, works of literature have authors of varying morals and content of equally varying morals (with many in the 20th century varying toward the immoral). Despite declarations of the death of the author, we remain interested in them. And surely (author-created) content has an effect on readers.

Certainly it does. And it does so on several levels.

Reading tragedies allow us to understand and perhaps develop a tragic sense of life. What is the tragic sense of life? It is a realization that everything you do has unintended consequences, that the smallest things can have the biggest effects. The more Oedipus runs away, the closer he gets to his destiny. An accidentally dropped handkerchief leads to the murder of Desdemona at the hands of her husband, Othello. A conflict between duties for Orestes (one must avenge one’s father’s death; one must never murder one’s own parents) results in the establishment of the Athenian system of justice through trial by jury. Those who deny life is tragic want to condemn the past, cut society from it, and recreate it in their own image. The results would be comic if it weren’t for the lives ruined and even lost in such efforts.

Reading comedies allow us to develop our specific moral sense — but does so at the expense of others (though sometimes at our own expense, in self-deprecating humor). It in many ways reinforces the Us-Them dichotomy, but does so along moral lines. Comedy invites us to laugh at our own shortcomings — often moral, but sometimes perceptual and/or cognitive (as in the case of mistaken identity in twins in a variety of plays, including the Amphitryons of both Plautus and Moliere, and Shakespeare’s The Comedy of Errors) — as well as the shortcomings of others (which may have turned out to be our own without the lessons of comedy).

Romanticism, realism, neoclassicism, naturalism, existentialism — all are going to have an effect on our world views and sense of life, and thus affect our morals. To find joy in things, or sorrow in them — each affects our moral development. The more things we find beautiful, the more moral we become — for virtue aims at the beautiful (Aristotle). And insofar as art shows us truths we may not have understood before, the more moral we are — for beauty is truth, truth beauty (Keats), meaning virtue aims at truth. This may then equally suggest that artistic efforts to undermine our sense of beauty equally undermine our morals. The less beauty there is in the world, the fewer things at which we can aim, and the more restricted our moral spheres will become.

But these are all broad senses in which literature can affect our moral development. What about specific content? Is not Nabakov’s Lolita an immoral tale of an immoral narrator? And if we grant the incredible artistic merit of Lolita, surely there is nothing but moral repugnance in the world of the Marquis de Sade. The moral atrocities in Philosophy in the Bedroom are seemingly endless. Though we do get the words “sadism” and “sadistic” from Sade’s name, it doesn’t seem that we saw an actual increase in sadistic behavior since the publication of Sade’s works. In fact, Gad Saad points out in The Consuming Instinct that exposure to pornography does not result in an increase in rape, promiscuity, cheating, or misogyny; it rather has the opposite effect. Perhaps through a kind of cathartic effect, or perhaps through a kind of passive Freudian bringing-to-the-surface of the contents of one’s id in the safe dream/play space of the work of literature, the works of Sade will likely have a similar moralizing effect. Equally with Lolita. The specific  (dream) content, in these cases, are what drive the moralizing effect.

It is the safe play space of the work of literature (or of the amusement park, for physical dangers, etc.) that allows one to morally develop. While in the real world, actually doing immoral things makes doing those immoral things easier to do over time, when we experience such things in the dream/play space of literature, we see the opposite effect. Literature makes us more moral, because of the content. Violent video games make us less violent in real life. Amusement parks make us more brave in the face of physical dangers because we faces simulated danger in the form of roller coasters, etc.

Does this mean there are no dangers to literature? Was Cervantes being silly by having Don Quixote go mad from reading so many romances? If so, what are we to make of the fact that there were a string of suicides in the wake of the publication of Goethe’s The Sorrows of Young Werther? The young men who killed themselves after reading Goethe’s novel did so, it is said, in emulation of the book’s hero. Did they empathize overly much? Is there a danger in that with great literature?

And yet, who commits suicide after reading Werther today? Were we perhaps seeing a rash of suicides that would have taken place anyway? Would Lennon’s assassin and Reagan’s attempted assassin have gone through life, perfectly normal, had it not been for the publication of Catcher in the Rye? Or are we seeing cases where the readers could not themselves differentiate between dream and reality, between fiction and the real world? How is that the fault of the work itself, that there are such readers out there? And does this not in fact prove my thesis?

These are all questions which need to be more fully investigated. But I think it is clear that literature has a major effect on our moral development, primarily through the development of empathy. This in turn is going to affect our various moral orders, including politics, philanthropy, religion, philosophy, and the social sciences. That being the case, it is vital we come to understand how we interact with literature, and what the consequences of those interactions are for ourselves as individuals, for those we know, and for the spontaneous orders in which we interact.

I am a poet/playwright and interdisciplinary scholar. I have a Ph.D. in the humanities, a M.A. in English, and a B.A. in recombinant gene technology. View all posts by Troy Earl Camplin